How can new technologies transform, enhance or even replace the encounter with the element of water? Dornbracht is devoting time to this question during this year’s Fuorisalone in Milan (9–14 April 2019). In the context of an immersive installation, visitors can discover water as an interface – between an individual and technology, between materiality and immateriality, between physical and virtual experience. The project, which is entitled “Is Memory Data?”, takes up the brand’s long-standing cultural commitment at the same time as marking the beginning of a new and experimental format: the Dornbracht Research Lab. 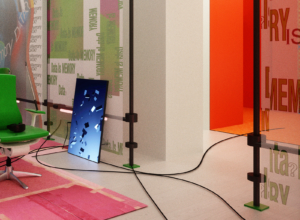 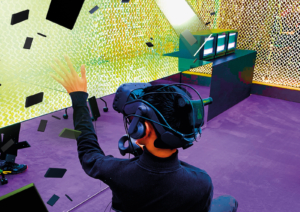 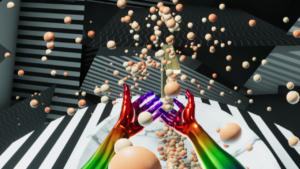 The Dornbracht Research Lab, as its title divulges, is iterative and searching in character. Consciously open and unbiased, the format is devoted to questions that contribute to the brand’s long-term vision: creating water experiences that move individuals at an elementary level. And by so doing, open up a dimension of effectiveness that goes beyond cleansing and physical well-being – Bliss.

In the center of the showroom “Spazio Brera” is an installation based on virtual reality. Using VR goggles, visitors can immerse themselves in a world of hyper-reality, where they experience space, matter and in particular the element of water, in an unprecedented, playful way. The deliberately radical form of the initial question – “Is Memory Data?” – seeks to discover whether the same power of recollection can be attributed to experiences in the virtual realm as to those in the physical world.

The installation expands on Dornbracht’s long-standing cultural commitment. Since 1996, Dornbracht has sponsored and initiated selected cultural projects, curated and co-designed by creative director and designer Mike Meiré, who has supported the Dornbracht brand for more than 25 years.

Both visual and acoustic elements from the “Noises for Ritual Architecture” project (2008) are clearly included in the first Dornbracht Research Lab, and have been given a highly topical update by virtual reality. Just like the current installation in Milan, the soundscapes initiated by Mike Meiré and composed by Carlo Peters also reflected the relationship between space, materiality and movement at that time.

“The Energetic Recovery System (E-R-S)” from 2002 is also being reactivated in Milan. The original installation – of a pipeline, bridge and car wash to cleanse the consciousness – is duplicated here as augmented reality. By reverting to E-R-S, Dornbracht is using the context of Milan to cross-reference both the principle of cleansing as process and ritual, and the potential of water to greatly alter awareness.

The installation takes a subversive approach, in keeping with the Dornbracht Research Lab’s claim to be experimental. The digitally heightened virtuality mastered by the technology contrasts with what is a simple and seemingly provisional realm of experience which is full of playful moments. A divide, a counterpoint, that makes you all the more aware of the oscillation between virtual and physical reality.