You are here: Home1 / Press2 / Dornbracht’s Tara has been winning over architects for 30 years, and i...

Dornbracht’s Tara has been winning over architects for 30 years, and it keeps re-inventing itself

With Tara, Dornbracht and Sieger Design have laid the foundations for a totally new bathroom culture. The minimalist, elegant design language of the fitting has had an impact in a wide variety of contexts ever since, making a significant contribution in turning the bathroom into an aesthetically appealing living space. The ability to regularly reinvent itself will also ensure that the classic Tara design will provide the impetus for visionary bathroom concepts in the future. 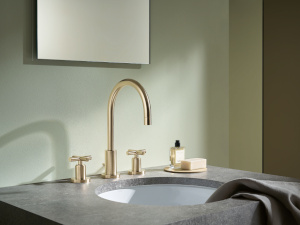 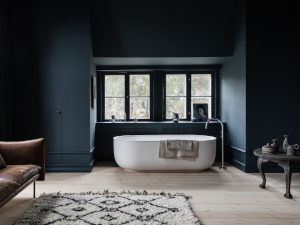 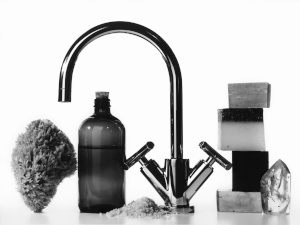 Tara’s adaptability inspires architects worldwide: “We chose Tara because of the universal design that was also convincing in more unusual settings”, say WeWantMore from Antwerp, for instance. The design studio used the Dornbracht fitting in an extensively modernised hunting lodge hotel in Belgium. Sjölund Åkerblom Arkitekter from Stockholm also took advantage of Tara’s ability to create gentle contrasts in traditional settings. The architects’ office used the fitting in a historic, eighteenth-century building. “Tara seems modern yet familiar”, says founder Petra Sjölund. “This means that we could make a point, without clashing with the history of the building”, she continues.

Tara’s versatility and distinctive style also impressed Ben Allen, the founder of the London studio that bears his name. “We love Tara as a modern classic. The iconic cross-handles and semi-circular spout are unmistakeable. It can be staged in almost every conceivable way. Most recently, for example, we used Tara in white, to contrast with the many bright colours that surround it.” Belgian architect Frederic Kielemoes takes a similar approach. He chose the Dornbracht fitting for a rather special project – his own home: “The Tara collection fits in very well with the spontaneous and intuitive thinking behind our design concept. The fitting itself has a certain spontaneity that also seems entirely consistent. It is the perfect match for our home.”

One reason for Tara’s enduring modernity lies in the many design options that Dornbracht provides. Over three decades, a wide-ranging family of fittings has developed from the original design sketches, including free-standing fittings for washstands and baths, shower solutions and kitchen fittings. The respective Tara variants can each be given different handles and are available in numerous finishes. In 2022, for example, three new finishes were introduced – Dark Chrome and brushed and gloss versions of Champagne (22kt Gold).

“Tara always remained profoundly modern, thanks to what are sometimes only subtle artistic and technical refinements, and to the exciting new finishes and handle variants that we have implemented in recent years”, says Christian Sieger, Marketing Director of Sieger Design. “With its disarming openness and its clean, archetypal design language, it will still be more relevant than ever before”, continues designer Michael Sieger, who runs the company together with his brother. Even 30 years on, Dornbracht’s most popular series of fittings remains a timeless design icon that will artistically enhance top-quality bathroom concepts. Happy birthday, Tara!

A bathroom faucet of timeless design⁠ ⁠ For th